Younger people’s apparent disillusion with driving has been a growing trend for the past few years here in the UK. Back in the 1990s, about 80% of people were driving by age 30, but today, that marker has risen to age 45. Notably, young people in Generation Z - those born between the mid to late 90s and the early 2010s - have been particularly reluctant to get behind the wheel.

But as with so many things in life, all that changed this year with the emergence of the coronavirus pandemic. Now the growing unease surrounding the use of public transport means that droves of young people are flocking back to their cars as a way to get around. We’ve certainly seen a significant influx of younger customers browsing our online car auctions here at RAW2K, and we’re not the only ones.

More young people are sizing up a new set of wheels

Apart from us here at RAW2K, Auto Trader is another high-profile UK car site that’s seen a sharp rise in the number of young people (specifically Generation Z) browsing its car listings. Last year, between June and September 2019, only 6% of the platform’s audience was made up of people aged between 18-24. (That’s about 2.3 million people.) In that same period this year, this number shot up to about 15%, which is about 5.7 million young drivers looking for a new car.

You don’t have to be an expert analyst to work out that continued uneasiness about using public transport is part of what’s driving this renewed interest in driving. But according to another recent survey, a significant proportion of young people aren’t just using their cars for personal transport - they’re also using them as a coping mechanism, too. 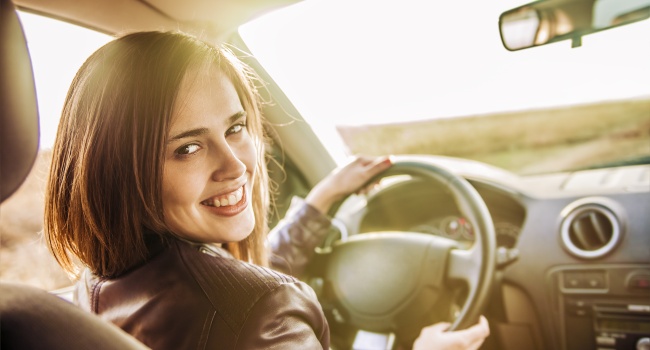 It’s no secret that the national lockdown earlier this year took a huge toll on the nation - not just in terms of personal finances and the wider economy, but on individual relationships as well. For many people, the extended isolation eventually started to affect their relationships with their family members, partners, or housemates. Naturally, millions of us were forced to develop our own strategies to cope - and according to a recent survey by the AA, thousands of young people seemed to have turned to their cars for some much-needed personal space.

The AA polled 18,000 motorists in total, and found that 30% of people aged 18 to 24 escaped their household by finding an excuse to go for a drive. The vast majority of respondents in this age group (84% of them, in fact) say they took action of some sort to get themselves some personal space. Respondents aged 65 and over typically sought solace in other places, frequently by busying themselves in the garage or garden shed.

Now we’re moving into the winter months, the pandemic shows no signs of going away until next year at the very earliest, so it’s likely that young people - just like the rest of us - will still be steering clear of public transport as often as possible for the time being.

And if you’re on the lookout for a new car yourself, you’re in exactly the right place. Here at RAW2K we’ve got a huge range of seized, salvage and used vehicles to choose from, including models from leading brands like Peugeot, Volkswagen  and BMW. Our auctions are refreshed on a daily and weekly basis, so there are always great deals to be had. Why not take a look around our site, and see what you can find?

Our introduction to keeping your car clean this summer

Our top 3 picks for the most reliable cars

What is a ‘Waste Carriers Licence’? And why would you need it?

Why are ‘bait and switch’ tactics so bad for buyers?