Whether it’s in a car showroom or an online vehicle auction, fuel efficiency is always one of the single biggest influences on a car buyer’s purchasing decisions, considered as part of the car’s overall running costs. So that begs the eternal question - which cars are more fuel efficient, manuals or automatics? Well, there’s a long held belief that automatic cars are the less fuel efficient of the two, but now the British public appears to be changing their minds. Over a million automatic vehicles were registered this year, more than double the number that was registered five years ago. If this trend continues, the number of automatic cars will outnumber the amount of manual cars on the roads by this time next year. So what’s changed?

The evolution from four-speed transmissions

There are lots of factors that determine a car’s fuel efficiency, and most of them come down to engine revolutions. Driving the car efficiently requires us to keep the engine within its optimum range of power - essentially the small band between a certain upper and lower number of engine revolutions. What those engine revolutions are depends on exactly how fast you want to go. You could drive at 60mph for ten miles in second gear if you so chose, but your engine would be screaming like a banshee all the way and you’d end up dramatically shortening its operational lifespan. That’s why we need the higher gears - they allow us to maintain lower revs while still going at the desired speed. 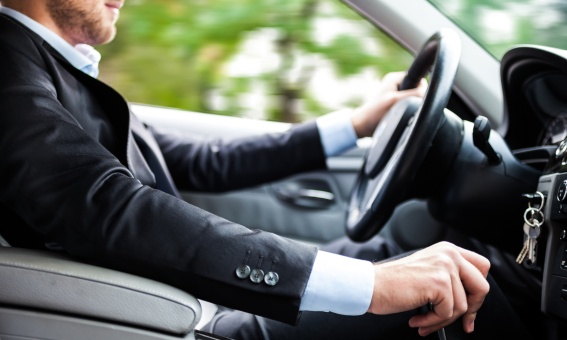 Now if you’re driving a manual, you use your judgement to know when to shift up into a higher gear (partially by keeping an ear on the sound of how hard your engine’s working). Automatics, on the other hand, do this for you.

One of the main reasons why automatics are still believed to be the less economical choice is because for a long time, they only had three or four-speed transmissions. That means the engine had to rev a lot higher for each shift, which required more energy, which required more fuel. Modern automatics now have between six to eight speed transmissions, which allows you to avoid quite so much revving before you’re able to shift into a higher gear.

In a way, it’s much like a human climbing a set of stairs. If each stair was two feet apart, you’d have to leap from one to the next, which means you’d end up expending a lot more energy to get to the top. But if you had more stairs to fill in those big gaps, you’d be able to simply step between them, which means you’d be wasting a lot less energy as you climbed.

How torque converters have changed

The torque converter is another critical component. It performs the same role as the clutch of a vehicle in a manual car, but instead of using a clutch to transfer power from the engine to the gearbox and wheels, a thick hydraulic fluid is used to facilitate smooth gear changes. However, these could be heavy and inefficient, and could ‘slip’ at high speeds, reducing in power wastage.

On the other hand, modern torque converters are locked at high speeds to avoid just this sort of eventuality, so if you’re driving mostly on the motorway, it wastes less of your fuel. However, these days automatic car buyers have a lot more choice of sophisticated transmission types, including single automated clutches, dual automated clutches, and Continuously Variable Transaxle gearboxes.

Of course, one of the most important things to remember throughout this is that it’s not your transmission which has the most impact on your fuel efficiency - it’s the way you drive. Even if you’ve got a highly efficient car, if you drive it aggressively then you’ll end up completely negating any marginal saving that you might otherwise make.

And if you’re hunting for the best bargains on used, seized or salvage cars, whether manual or automatic, you can find them right here at RAW2K. We’ve got a fantastic range of salvage cars to choose from in our online car auctions. Our auctions are refreshed on a daily and weekly basis, so there are always new deals to be had, and we’ve got vehicles from a range of leading manufacturers including Volkswagen, Nissan and Audi. Why not take a look around our site, and see what you can find?